There are multiple updates to the new Mini GS that integrates the latest Empire technology.

The new Mini GS comes with rubber skin, on/off ASA and a full range of upgrades. The original Mini has been a tremendous success and the Empire has taken it to another level with the Mini GS. Let’s walk through the features and some of the upgrades in this review.

Empire Mini GS has truly knocked out several paintball guns on the market. The very first feature you will perhaps notice is its small and slim design. It won’t be exaggerating to say that the gun incredibly lives up to its name.

This paintball gun has corrected a flaw by modifying the feedneck to a clamping attachment.

The feedneck locks with a level deadlock which makes it exceptionally durable and less prone to breaking. It performs an excellent job of securing the hopper while at the same time removing the threading that can stick the hoppers.

Another prominent difference in the Mini GS is the presence of a rubber grip where you need it. 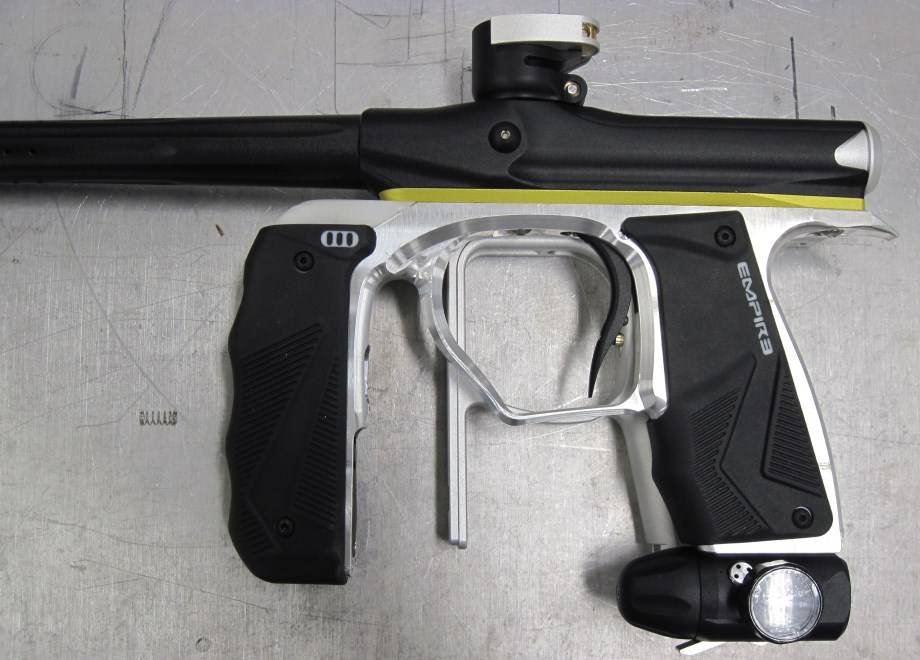 It’s not an inexpensive plastic that lacks grip but a sufficient amount of stickiness with thick rubber. The foregrip is a giant rubber cover which can be detached to access the board or substitute the battery.

The finger grooves on the foregrip might not align perfectly with your finger positioning but they surely give some added texture for grip. Moreover, the updated trigger on the Mini GS is a micro-switch trigger offering great resistance, unlike the typical trigger. The new trigger is very impressive and an awesome upgrade.

Another best feature on this paintball gun is on/off ASA switch.

There is somewhat resistance when flipping the switch, but you don’t need to worry about your finger getting hit when switching off. Overall, it’s a solid design that comes with sufficient durability and offers efficient performance that you must be looking forward to. It’s a great design that performs pretty well!

As soon as it comes out of the box, the Mini GS shoots at approximately 275 FPS. After some warming up, you can manage to get 293 FPS. It’s very convenient to regulate the velocity by using the Allen wrench. Now let’s take a look at the performance of Mini GS on the field. 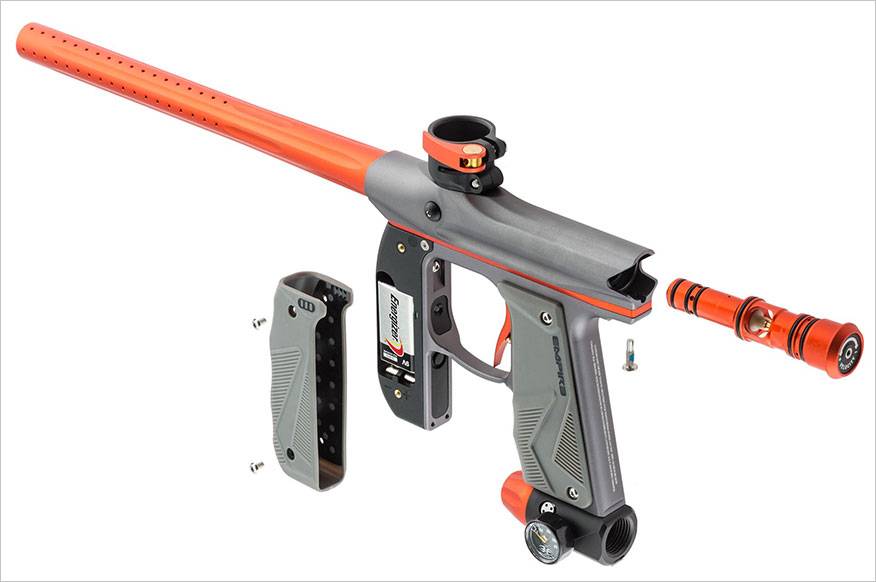 With an Empire Premium Paintball and standard Ninja 45/4500 HPA tank, you can shoot approximately 11 pods or 11,000 paintballs in total before the tank runs empty. This paintball gun has a comparatively regular kick.

Whether you are left or right-handed, you can enjoy a similar experience without any difference. The gun shoots moderately quiet as the Empire Axe and Empire Axe Pro. 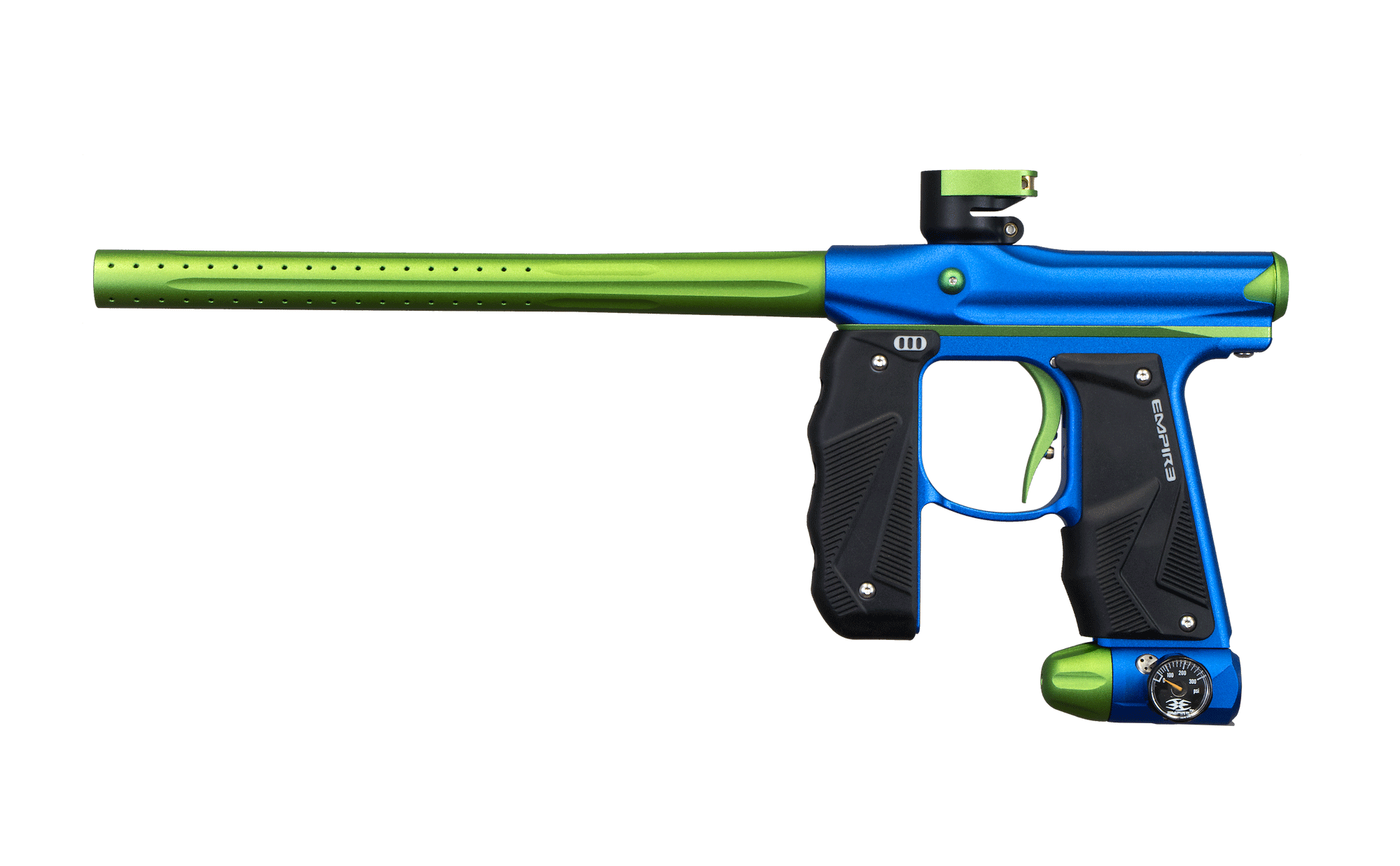 You might encounter a major problem when using this gun if you prefer a moderately or heavyweight paintball gun. The new rubber grips are an excellent upgrade to the Mini GS.

Also, it gives the marker a nice durable feel. Further, the rubber grips provide unmatched protection against any elements for even more reliability.

The new ON/OFF ASA is an amazing addition to the Mini GS. This is surely a significant improvement over the original Mini since it can be easily used to remove the tank. With this feature, you can conveniently purge the tank of air. 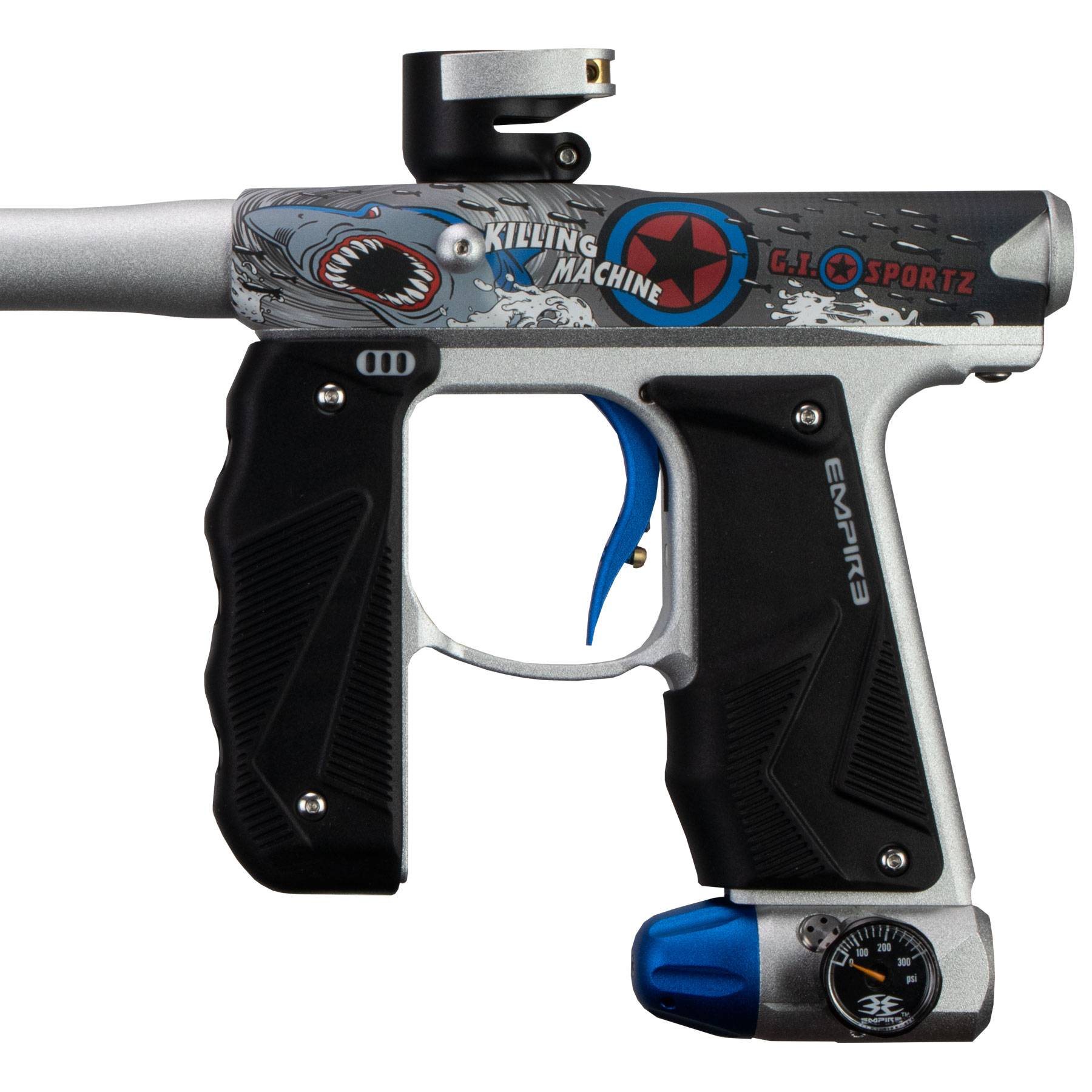 The new ASA is similar to the one used in the Empire Vanquish – a high-end paintball gun that comes with a high price tag. It’s definitely one of the best features out there which makes it exceptionally easy to attach and remove the tank.

The latest electronic paintball guns are equipped with break beam eyes. They comprise a transmitter and a receiver that permits a beam between them.

As soon as you load a paintball, the beam breaks and it’s transmitted to the Mini GS’s circuit board. With this new mechanism, you may hardly get any chopped paintballs.

The Empire Mini GS comes with a low profile clamping feedneck. It’s the similar feedneck used by the Empire Axe Carbon Fiber edition. The feedneck is externally modifiable to make it a user-friendly option on the battlefield.

In comparison to the original Mini which featured a screw on the hopper, this Mini GS clamping feedneck is extremely easy to use. This low profile feature is very practical especially when you try to hide behind bunkers since it prevents the hopper from sticking out.

When it comes to choosing one of the best paintball guns, maintenance makes for another important consideration.

Life is busy and the game is fast! If you have just entered in the sports of paintball, the Empire Mini GS might not be the perfect option for you since it requires some time for maintenance.

Unlike the Empire Axe and its tool-less bolt detachment system, the Mini GS comes with several small parts that need to be taken out and separated individually. 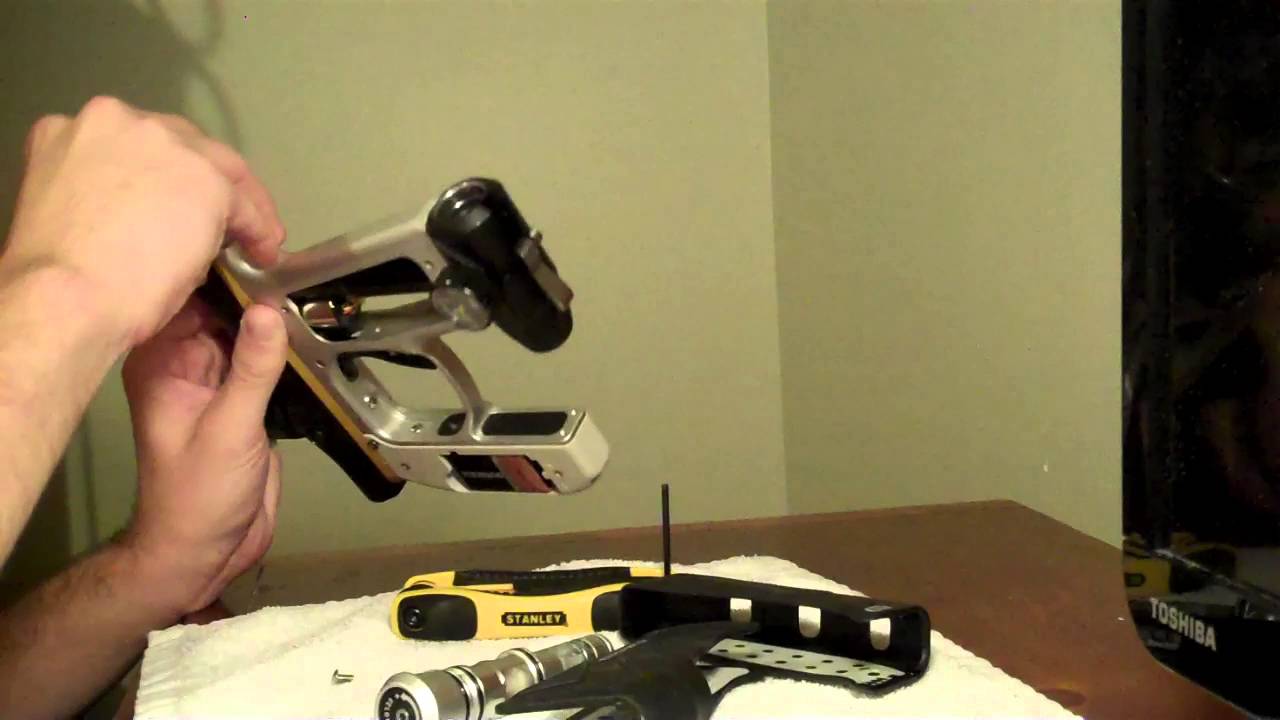 We won’t go through the technical steps of maintaining this paintball marker, but you can surely watch several videos on YouTube to get an in-depth understanding of the assembly.

Also, make sure to thoroughly read the user’s manual that you can download online. Generally, it takes about 8 minutes to take out the bolt and lube it. The rest of the components require relatively less time. Typically, you need to take the bolt out and do most of the cleaning.

Besides, we would suggest you clean this paintball marker after every game and ensure no dirt and other particles are infused in the gun that might cause trouble later on.

We hardly found any major flaws in the Empire Mini GS and is surely one of the best paintball markers we have reviewed till now. The only slight downside of the Mini GS is the maintenance. Nevertheless, it might not be a problem for experienced players.

Practice makes the man perfect and the same goes for Mini GS maintenance. If you are someone who has experience with paintball and is looking for a reliable paintball gun with the latest features, this gun is definitely for you. The decent price tag of this gun, is an absolute steal. There are hardly any paintball guns that come closer to the Empire Mini GS at this price point.