Empire Axe is a high-quality paintball marker with an attractive price-tag and fanatic features. This paintball marker works similar to many high-end models, though the performance of Axe is up to the mark in comparison to numerous markers you will commonly find.

This is a new generation model comprising of a latest stylish design with an extended grip to allow you to shoot conveniently from various locations. With a simple push of a button, you can detach major parts for an effective cleaning and maintenance process.

Let’s dig deeper into the various features of the Empire Axe marker and let’s see what we can reveal.

Empire Axe comes with a nice and smooth finish. Most paintball players will agree that the gun’s look doesn’t matter a lot. Still, the axe has a refreshing look to justify its price tag. This paintball marker’s frame features a nicely-crafted wrap-around style grip to make sure that the player has an effective hold.

Many paintball makers come with a flat panel style grips that are economical yet less practical. On the contrary, Empire Axe is a hoseless marker and therefore the player doesn’t have to be concerned about hose malfunctioning.

While many paintball players worry about the probability of leaky or broken hoses, Axe owners are confident with the marker’s grip air transfer design.

This new model offers the same shooting experience similar to previous models of the Axe.

Performance and functioning are significantly enhanced and quiet. The super grip-frame along with the trigger frame has considerably achieved the ergonomics of this paintball gun.

Further, the lightweight makes it extremely user-friendly to allow you to hold the gun with comfort for longer durations. You can run, crawl, jump, roll or whatever you like without causing any fatigue for its compact size.

When it comes to consistency and dependability, the marker comprises of +-3 to +-5 on the Chrono. 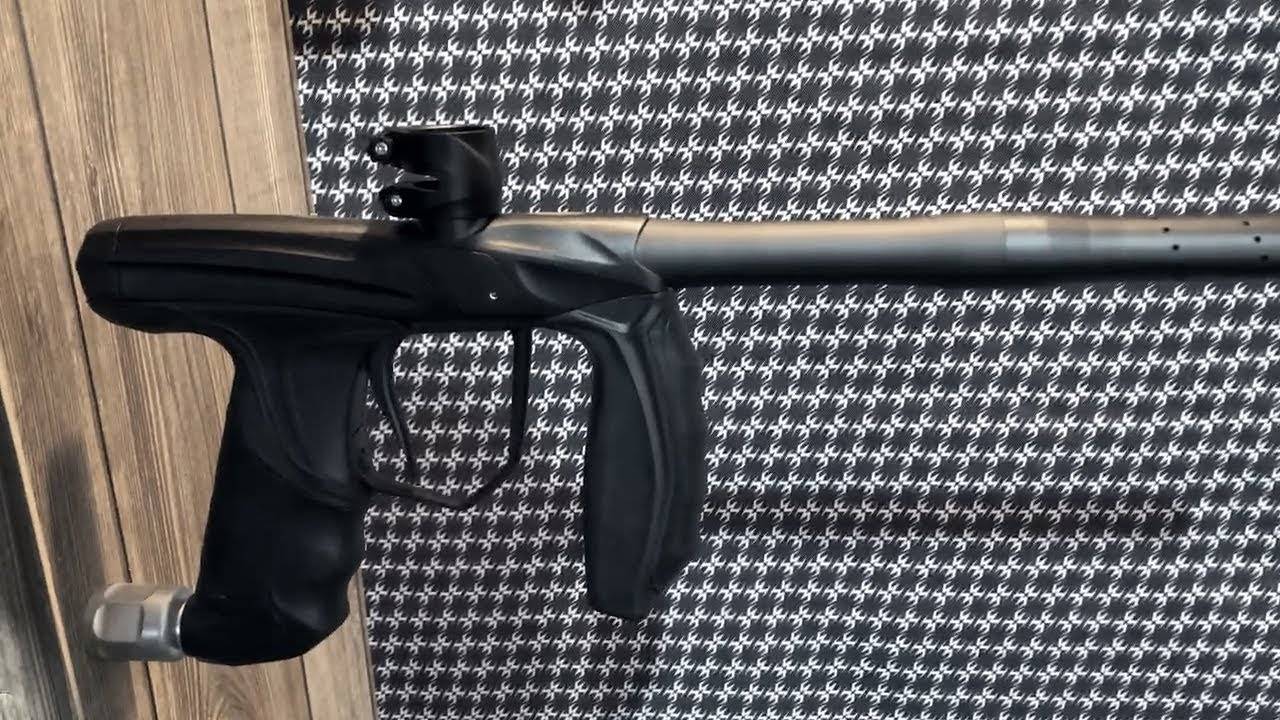 This makes the Axe very consistent and you are confident that your marker will give top-of-the-line performance. Every feature makes sure to maximize the performance of this paintball marker.

Also, you can adjust the trigger to 4 different positions.

You can shoot at a faster speed without any delays. To further improve the performance, the Empire ensures you would have sufficient room between the trigger guard and fore-grip. Overall, this paintball marker will perform at an advanced level becoming a truly reliable option to consider.

In terms of consistency and shooting power, the players will have peace of mind when they are out on the field. It shoots very easily and with extreme precision.

Also, the process is smooth and you don’t have to face any delays.

The trigger works better than many markers since it empowers ballers to shoot at a fast pace. The marker uses semi shooting and ramping modes for the ultimate paintballing experience. While you are using the paintball gun in semi mode, the player can use two fingers underneath the trigger guard and operate the gun easily.

Also, you can place three fingers beneath and the index finger rests on the trigger. The trigger can be modified to four different positions with a micro-switch activation point. The functioning pressure of this paintball marker is relatively low comprising of anti-chop style.

Some users have also claimed to shoot 5000 paintballs using this unit. The flexibility of choosing different shooting modes such as Semi and Millennium-Ramping and PSP Ramping is simply exceptional.

When it comes to maintenance, the Empire Axe is relatively easy to clean. 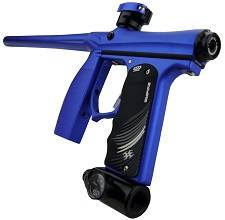 The engine is a somewhat bulky piece with multiple o-rings. The simplicity of the marker is the best feature you will find and therefore it helps you re-assemble the marker easily and with confidence. All you need is to take out a few minutes and clean your gun after every game.

The gun is super-light weighing only 3 and a half pounds. Owning a lightweight gun means you can carry more paintballs on the battlefield.

This is a perfect choice for those who play more often and of course throughout the day.

This paintball marker operates silently and uses less air to move the bolt. Where different paintball guns can be heard across the battlefield, this one can he hardly heard. It’s best to improve your gameplay with this noiseless paintball gun without alerting your enemies.

Empire Axe uses less air to push the bolt and that’s what makes it more efficient. Featuring a fire selector, it lets you gain better efficiency. Also, it improves the accuracy to allow you to select the appropriate firing mode for your game.

How Does The Empire Axe Feel in Your Hand?

The marker feels comfortable in the player’s hand. Its lightweight and therefore makes a great option to use for several hours. Also, it has an exclusive frame to accommodate various hand sizes. 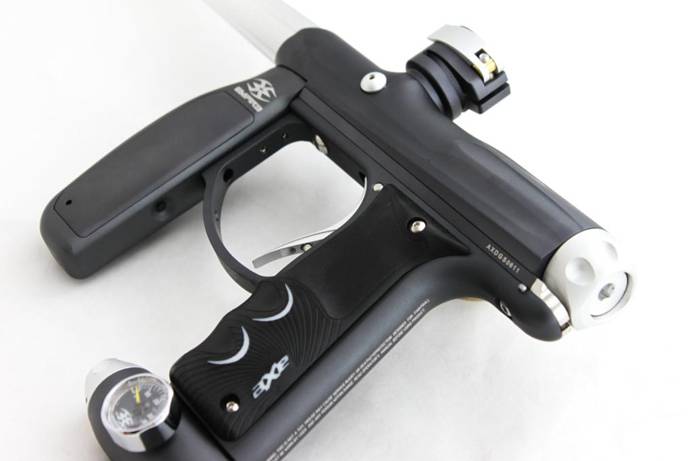 Players can run and roll throughout the day while conveniently holding the gun. This gives a competitive advantage to keep up with enhanced speed and endurance. The feed neck clamps firmly while the loader stays in its designated position no matter what.

Empire Axe is one of the finest speedball markers at a reasonable price.

Perfect for players at various skill levels, professional players love to use this paintball gun in tournaments. With superior accuracy, efficiency and practicality, you can simply can’t go wrong with the Axe and the price is definitely worth it.